Right Next Door to History

Sunset Plaza might not be as famous as the Sunset Strip’s rowdy rock clubs nearby, but it has served as a stop on that crowd’s route for many years, including as a filming location for early versions of what would become known as music videos. It has also attracted enough of Hollywood’s finest to qualify as a Los Angeles movie production hotspot. The elegant storefronts and scenic driver’s view of Sunset Plaza has turned it into a Hollywood production staple, with everything from drug-fueled gangster films to high-class real estate reality shows keeping it onscreen through the years.

Likely the best-remembered footage shot during Sunset Plaza’s early years includes one of California’s most beloved rock groups. The Mamas and the Papas frequented De Voss, a clothing boutique that specialized in psychedelic wear, and decided to shoot a video of themselves shopping and trying on De Voss’s apparel. The result was a treasure of 1960s short video art that rock fans still revisit on YouTube.

The clip reflects Sunset Plaza’s history as part of the Los Angeles music scenes that have come and gone. During the Mamas and the Papas heyday, hippie fashion was popular among musicians and film performers, and Sunset Plaza’s stores were a go-to for artists like Neil Young. As the scene evolved, so did Sunset Plaza, and it serves as a reliable shopping resource and filming spot for the entertainment industry to this day. 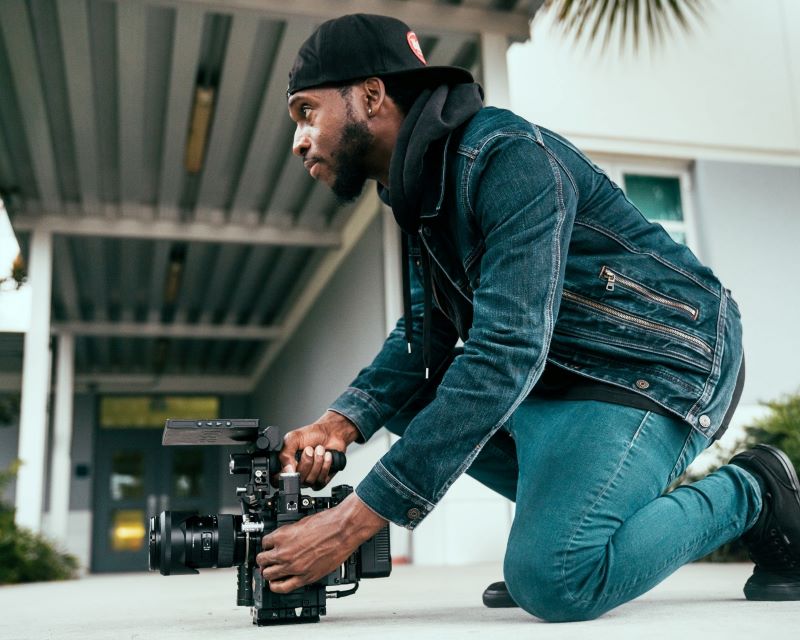 Say Hello To a Little Classic

“Scarface” instantly became an instant classic when it premiered in 1983. Starring Al Pacino as Tony Montana (an avatar for the infamous Al Capone) and Michelle Pfeiffer as his wife Elvira, the Brian DePalma-directed film’s heavy themes were augmented with sumptuous production design, including a scene filmed at Sunset Plaza.

The scene is the famous “Push It to the Limit” scene in which Pacino’s and Pfeiffer’s characters get married after Tony finally woos Elvira away from her mob boss boyfriend. “Scarface” is shot entirely in widescreen format, and that creative choice shows off Sunset Plaza to great effect.

Our shopping center was particularly lucky to have this film use our location, because “Scarface” was originally set to be shot in Florida, where the story takes place. However, many Cuban-Americans were unhappy with how the script portrayed Florida’s Cuban-American population, and the film was refused permission to shoot on location in by the Miami Tourist Board. Director Brian DePalma made a Los Angeles movie production out of the Florida-set film, and Sunset Plaza came onboard to provide its backdrop. The choice paid off, and the film remains one of Hollywood’s defining classics.

Sunset Plaza has continued as a movie making mecca since it served as a location for “Scarface.” A diverse slate of films including “Up Close and Personal,” “Get Shorty” and “Bowfinger” all used Sunset Plaza for their productions. 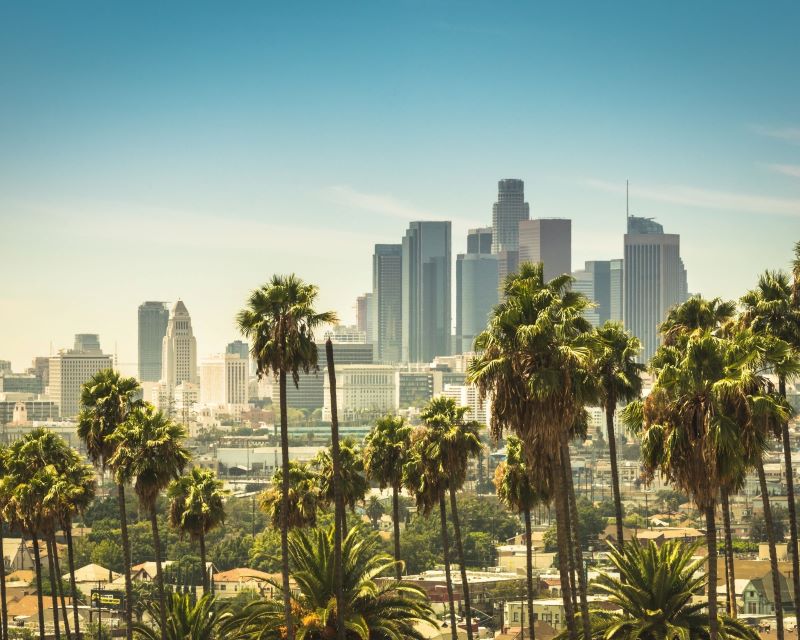 As entertainment evolved, so did Sunset Plaza, and perhaps its most popular contribution to the filmmaking world right now is “Selling Sunset,” an Emmy-nominated Netflix reality series centered around a real estate company.

The show premiered in 2019, and has maintained its audience throughout the Coronavirus pandemic, finishing its fifth season in 2022 with its sixth season set to premiere later the same year.

The series shoots much of its footage at the Oppenheim Group, which specializes in high-end real estate in the Los Angeles area. The Oppenheim Group’s offices in Sunset Plaza have become a destination for curious fans who want to see where their show is filmed or get a glimpse of its stars. If you’re ever shopping at Sunset Plaza, it’s not unusual to see some “Selling Sunset” fans hanging out around the Oppenheim office entrance taking selfies.

The two main stars of the show, Brett and Jason Oppenheim, are twin brothers who run the real estate business together and are responsible for choosing new agents to join them in their ventures. While the show has some other locations in addition to the main Oppenheim Group office at Sunset Plaza, the hub of its activity is still the office where it originated.

While some have questioned whether or not the show is truly reality television, the Oppenheim brothers have maintained that every agent on the show actually possesses a real estate license. Some agents have done so well that they have actually been courted by other high-end real estate groups like Douglas Elliman, putting to rest any murmurings about “Selling Sunset” being pure entertainment.

Thanks to the popularity of “Selling Sunset,” two spinoff shows have been made, “Selling Tampa,” which covers the Allure Realty firm in Florida; and “Selling the OC,” which follows the Oppenheim Group’s real estate location in Newport Beach. What began as one reality series has turned into a successful franchise thanks to the drive of the Oppenheim brothers and Sunset Plaza’s willingness to serve as their principal headquarters in West Hollywood.

Sunset Plaza is a prime film production location because throughout many changes in the Los Angeles landscape, it has maintained a respected presence in its original form. Some stores may come and go as trends evolve, but Sunset Plaza itself has braved the winds of a changing world.

Looking over the course of Sunset Plaza’s time as a production location for film and television, the path of the entertainment industry can be tracked. An early form of the music video included a Sunset Plaza backdrop, a classic gangster film used its beauty to counter the graphic violence of its storyline, and a reality series uses its elite ambiance for its main set. Music videos, film and television production have evolved, and Sunset Plaza has seized the opportunity to evolve along with them.

Whatever the future may hold for the film and TV industry, Sunset Plaza will be there to offer a beautiful backdrop for whatever entertainers need a timeless location to enhance their craft.