How They Came to Be: a Brief History of Sunglasses

Home Fashion How They Came to Be: a Brief History of Sunglasses
0   
By Sunset Plaza Fashion History

Sunglasses. They keep the glaring sun out of your eyes and make it much easier to see in direct sunlight. Have you ever looked at your favorite pair of shades and asked yourself, “how did someone even come up with these”? Well, we did- and we’re here to give you a brief history of sunglasses.

Fun fact: Did you know that sunglasses have been protecting eyes and keeping people fashionable since 1930? 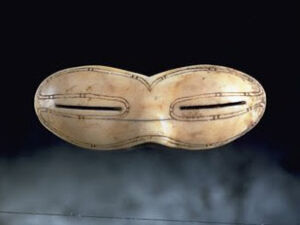 Inuit Snow Goggles Made from Ivory

Perhaps the earliest ancestors of modern-day sunglasses are the snow goggles first made by the Inuit people 2000 years ago. These goggles are still made today using a variety of different materials like driftwood, antler, ivory and more. They are made custom to the wearer’s face shape and have long, narrow slits cut into them where the eyes are located. These goggles were made to reduce sun exposure and protect the eyes from snowblindness. Interestingly, wearing these goggles doesn’t hinder the wearer’s vision. In fact, the longer the eyeslit, the more peripheral vision the wearer has. 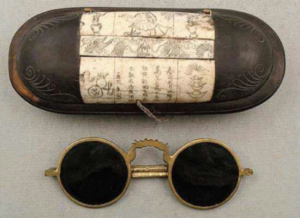 Flat pieces of smoky quartz were used to protect the wearers’ eyes from glare in China around the 12th century. Though they did not protect the wearer from harsh sunlight or UV rays, these early shades were said to have been worn by judges to conceal their emotions while questioning witnesses. 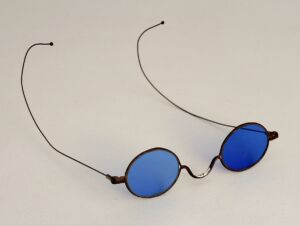 A Modern History of Sunglasses: James Aycough and the Accidental Shades

It was not until the mid-18th century that James Aycough, an English optician, began applying blue and green tint to glasses experimentally. Ironically, Aycough’s intention was to correct a vision impairment with the color tinting, not protect eyes from UV light. It’s believed that these tinted glasses were the modern precursor to what we consider “sunglasses” today.

Sunglasses in the 20th Century 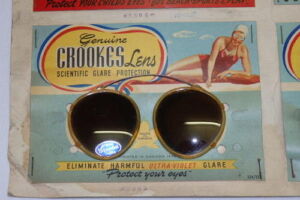 It was not until 1929 that Sam Foster mass-produced sunglasses containing celluloid, which were moderately priced enough for common folks to afford. The popularity of sunglasses only grew, gaining a lot of traction as fashionable city street-wear in the late 1930s. 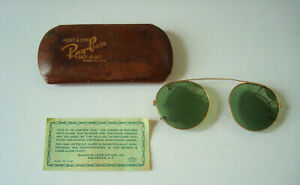 We hope you’ve enjoyed this brief little history of sunglasses!